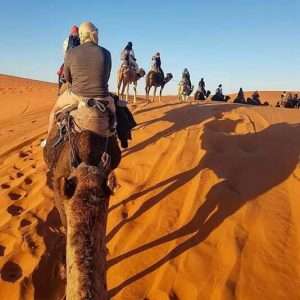 Day 1: Fes to Merzouga via Ifrane Midelt and Atlas mountains.

Fes desert trip , after breakfast in your riad, you will leave Fes travelling towards Ifran, a beautiful mountains village, referred to as “the Switzerland of Morocco” and then on to Midelt. During this journey you’ll experience glimpses of the Middle Atlas and Higher Atlas mountains. Stopping at the cedar forest – the largest in Morocco – where you may well sight Barbary apes. After sometime within the forest, your journey continues to Midelt along the magnificent hills and mountains of the Atlas, after Midelt town you will be travelling through the fascinating Tizi Ntalghamt pass and the Ziz Gorge, taking in views of the High Atlas plateau, you’ll notice how the scenery changes to reveal hints of the desert as you approach the city of Errachidia,. Afterwards, you will travel along the luxuriant Ziz Valley, stopping for panoramic views along the way to Erfoud and Rissani. Arrive at Merzouga on the afternoon. You’ll be welcomed with a glass of mint tea before you camel ride, guided by an experienced camel man to explore within the golden sand sea of Merzouga.

Day 2: Merzouga to Dades via Todgha gorges and Tinghir.

Your camelman will wake you up early in the morning to watch what well may be the best sunrise of your life. You’ll peacefully camel-trek back to the village of Merzouga. Enroute you couldn’t fail to appreciate the unique beauty of the spectacular Erg Chebbi sand dunes – changing with the light as the day progresses. After breakfast in the riad, you’ll leave for Rissani, Tinghir, and Todra gorges – the highest, narrowest gorges in Morocco. After lunch in the heart of the gorge we’ll drive through the Dades Valley, where you’ll see the majestic sand castles and the amazing rock formations known as “monkey toes”.

After your breakfast at the hotel,we will start the last day in our trip driving via the thousand kasbah route, the rose vally, a visit to Skoura oisis with it’s authentic 17 century kasbah, a visit to Taourirt kasbah (the former residence of the Glaoui), lunch in Ourzazate, ,Then you will continue toward Ait Benhaddou, an ancient Kasbah (fortified village) listed as UNESCO’s heritage site, and many famous movies were also filmed there. You will continue to Ouarzazate, also known as the Hollywood of Africa, which houses the largest movie studios on the continent. befor heading to Marrakech , 4 hours drive via the tizi ntichka pass (2260 M ALT) with stops along, get to Marrakech around 6:00 PM. Fes desert trip 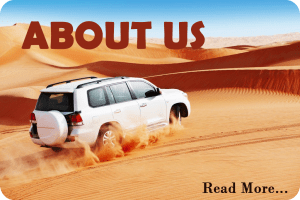